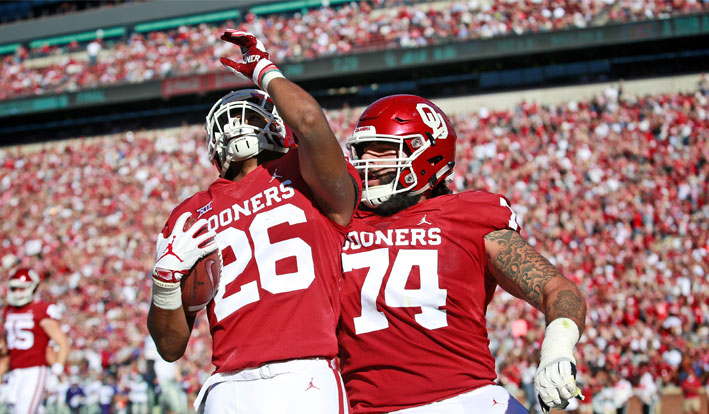 We’re down to the conference championships in college football, as the regular season has come to an end. For the first time, we will see a College Football Playoff without Alabama in it. We will probably see LSU and Ohio State make the playoff even if they lose their title games, which would send things into real chaos. Utah, Baylor and Oklahoma all have arguments to get that fourth slot if they win their conferences. We are also putting up detailed conference championship previews later on this week, but don’t forget to check out our college football week 15 betting thoughts about each matchup here.

Utah has a lockdown defense, as we saw in their win over Colorado. The Utes have covered eight times in a row since that upset loss to USC. Last year, Utah edged Oregon by seven points, and I see them locking down the Ducks. Utah to win and cover.

Remember, Baylor roared out to a 28-0 lead against Oklahoma when the two teams met in the regular season. Then the Sooners changed their approach to a grinding, run-first offensive style, and they found their way back into the game. Can the Sooners beat the Bears twice in the same season? Oklahoma has struggled to finish games throughout the second half of the season, making this spread a little unrealistic to me. Baylor to cover.

We saw this game already, on Black Friday. Memphis plucked three takeaways from the Bearcats as they rolled to a win. However, I expect Cincinnati to try some new things on offense, and I expect their ball security to improve. Memphis quarterback Brady White will continue his excellent season with a win, but I like Cincinnati to cover.

LSU had some questions to answer about their defense, and then they went to College Station and beat Texas A&M and won by 43. Georgia has a grinding offense, while LSU scores in bunches. I see Georgia getting more pressure on Joe Burrow, but I see the Tigers pulling away late. LSU to win and cover.

Clemson has won the last four ACC title games by a combined 82 points. They will be looking for a signature win with a chance to jump from #3 to #2 in the seed — and might be looking to go higher than that if Georgia can upset LSU. Clemson to win and cover.

No team has completed a perfect season in the Big Ten since the conference added a ninth game to the conference schedule. Ohio State beat Wisconsin by 31 in the regular season, and I don’t see the Badgers offering more resistance here. Ohio State to win and cover.