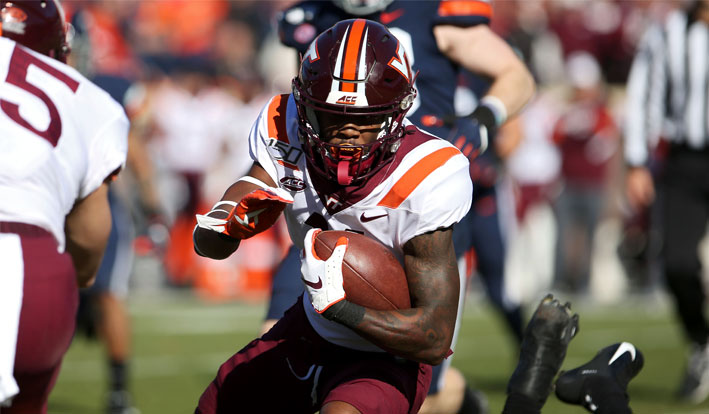 Did you know that, in the last five years, the ACC Coastal Division has had five different champions? The problem for the Coastal is that the Atlantic Division winner for the past five years has been Clemson. The Tigers have four consecutive ACC titles and five in the last eight seasons. Florida State won three straight from 2012-2014. The last time a Coastal Division won the ACC Championship was in 2010, when Frank Beamer’s Virginia Tech Hokies pulled it off. Clemson is definitely the outlier in the ACC, having routed all of their conference opponents (except for that scare at North Carolina) and now looks to qualify for the College Football Playoff with a win over Virginia. Expect Clemson to put the hammer down for all four quarters, as the Tigers currently sit third in the CFP standings and would like to move up if LSU and/or Ohio State falter at all in their respective conference championships. Can Virginia keep it close against Clemson — or even pull off the immense upset? Or will Clemson roll to another rout over ACC competition? Don’t miss our sports betting preview.

It may be a Monday, but it's also ACC Championship week 😏🙌 #ALLIN pic.twitter.com/LvsYXnkbLU

Why should you bet on Clemson?

Clemson is now riding a 27-game winning streak that dates all the way back to the start of the 2018 campaign. They closed their regular season with a 38-3 shellacking of nonconference rival South Carolina last week. The offense remains inexorably consistent, averaging 45.2 points per game, fourth best among FBS schoolss. Quarterback Trevor Lawrence shook off an early slump to the season, now with almost 3,000 passing yards and a 30:8 TD:INT ratio, with most of those interceptions coming in the first few games of the season.

The offense gets its balance from tailback Travis Etienne, who has piled up over 1,400 yards on the ground, averaging 8.5 yards per carry. He has found the end zone 18 times this season, 16 times on carries and twice on receptions. If this offense weren’t enough, though, the Clemson defense is even better than the offense, leading the nation in fewest points permitted per game (10.1), and the defense has also gotten into the scoring, with three touchdowns on the season. The only time Clemson finished a game just a score or less ahead of the opposition was in that game at North Carolina. On the year, Clemson has covered in nine of 12 games, including some with large spreads. If you like the Tigers, you see them continuing to look to impress the CFP committee and rolling right over the Cavaliers.

Why should you put your money on Virginia?

Virginia won the ACC Coastal Division in the last week of the regular season, beating Virginia Tech, 39-30, ending a 15-game losing streak in the rivalry. Quarterback Bryce Perkins has had a solid season leading the Virginia offense, with almost 3,000 passing yards and a 16:9 TD:INT ratio. He is also a threat with his legs, though, running for almost 70 yards and 11 touchdowns.

The Virginia defense ranks 42nd among FBS schools in fewest points permitted per game, at 23.5. However, they have not seen many offenses that operate at the level that Clemson’s does. Also, Clemson’s defense should be able to force a number of short Virginia drives, giving the Tigers even more time with the ball. If you like Virginia, you see the competition of a conference championship at the end of a highly improved Virginia season pushing the Cavaliers to keep things respectable.

I have a lot of respect for the work that Bronco Mendenhall has done to improve Virginia football. However, Clemson has its eyes set on another national championship, while the Cavaliers are just happy to be in the conference championship. I see Clemson rolling to a 48-13 win.