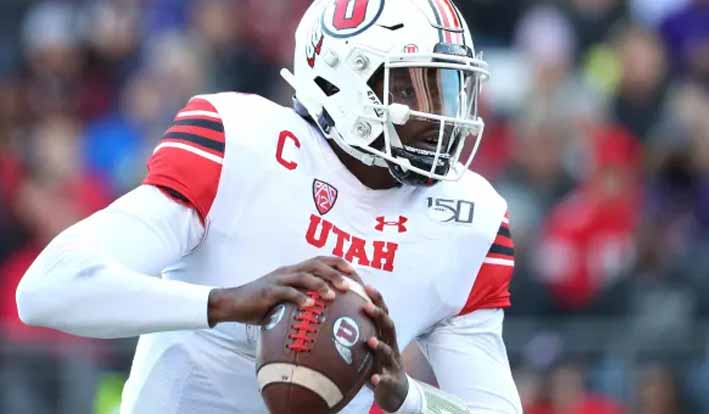 The Oregon Ducks already have two losses this season, falling to Auburn in their opener and then to Arizona State in a Pac-12 upset, which means that they have virtually no chance of making it into the College Football Playoff. They do, however, have a chance to keep Utah from making it as well, as the one-loss Utes still have an outside shot if they beat Oregon, despite that early-season loss to USC. Since that loss, Utah has been a friend to sports betting enthusiasts, covering in eight straight games. Can Oregon mount the upset and shut the Pac-12 out of the playoffs? Or will Utah take care of business? We have your college football betting preview for this Friday night affair right here.

Bringing these unis back for the ‘ship 😍 pic.twitter.com/oQFKbLQrdp

Why should you bet on Utah?

The Utes ride in on the momentum of a 45-15 whipping of Colorado in the last game of the regular season. Quarterback Tyler Huntley went 14 for 17 for the Utes, throwing for 165 yards and a pair of scores. Tailback Zack Moss ran 20 times, picking up 88 yards and finding the end zone once. The Utes’ defense was also impressive, as they held the Buffaloes to just 217 yards of total offense, including 60 on the ground. This defensive pressure helped turn a close game in the early going into a laugher.

This game gave Moss 2,773 passing yards on the season and a spectacular 16:2 TD:INT ratio. Moss now has 1,246 rushing yards on the season, averaging more than six yards per carry, with 15 touchdowns. On the season, Utah has a +24.3 point differential and, of the two teams, I see Utah coming in with the significantly stronger defense. Oregon can throw the ball down the field with the best of them, but Utah has the defense to keep the Ducks playing from behind the chains, opening the door for a number of blitzes.

Why should you put your money on Oregon?

Oregon also rolls into Levi’s Stadium with a win, having defeated Oregon State in the latest iteration of “The Civil War,” the name given to the two schools’ rivalry. The Ducks only beat the Beavers 24-10, but Oregon State is much better this season than they have been in recent years — plus rivalry games tend to stay closer than expected, particularly in the college game. Oregon quarterback Justin Herbert went 18 for 30 for 174 yards and a score, and he also carried the ball four times for 22 yards. Tailback Travis Dye had 12 carries for 91 yards on the day, and Johnny Johnson III hauled in four passes for 39 yards and a score.

As nice as Utah’s quarterbacking numbers are, Justin Herbert’s are much more gaudy, as he has 3,140 passing yards and a 31:5 TD:INT ratio. Tailback C.J. Verdell has run the ball 162 times for 963 yards and five scores, almost averaging six yards per carry. Oregon has a +20.0 point differential on the season, despite the two losses, and their strength is their ability to roll up points at video-game speed. Can they score on demand against one of the toughest defenses in the nation.

I’m a huge fan of Justin Herbert’s prospects in the NFL, as he seems to have an arm and field vision that will prepare him for the faster pro game. With that said, I think that the Ducks will meet their match in the Utah defense, and that the Utes will grind the Ducks down over the course of the game. Oregon should keep this close through three quarters, and then Utah will impose their will on the game to deliver a 30-20 win.